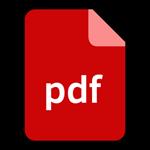 Plates and shells theory and analysis 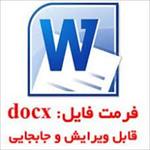 influences the reaction progress. Further, a build-up of internal pressure caused by the product gas

may alter the reaction pathway in a way that favours one pathway over others. Two well-known cases of

this kind of reaction are the thermal decomposition of limestone and gibbsite, in which carbon dioxide

and water vapour are the produced gases, respectively. A multi-stage, multi-reaction, shrinking core

model is proposed for the simulation of this type of process. The model emphasises the role of the produced

gas, not only in mass transfer, but also in the reaction kinetics. It includes parallel and series reactions,

allowing for the formation of an intermediate species. The model has been applied to the

conversion of gibbsite to alumina, including the formation of intermediate boehmite. Modelling results

for gibbsite conversion, boehmite formation and its subsequent consumption, as well as alumina formation,

agree well with literature data; the corresponding kinetic parameters are estimated for all reactions.

Significantly, the experimentally-observed plateaux in the particle’s temperature history are predicted by

the model. The role of heating rate and particle size on boehmite formation is also evaluated using the

model, and is in agreement with observation.